Posted on September 3, 2011 by darkagefiction

In Ecclesiastes 1:9 it laments: What has been will be again, what has been done will be done again; there is nothing new under the sun.

If we are talking about mankind repeating the same stupid mistakes year after year, century after millennium; there I would agree. But in many other ways, we see otherwise.

Imagination is the force that drives any progress humans have ever made. I used to think that scientists were the ones that came up with new technology, but then I realized it was the science fiction writers. They have the ideas and then the scientists and engineers are the ones that make them happen.

I saw this quote the other day and it annoyed me.

Nothing is original. Steal from anywhere that resonates with inspiration or fuels your imagination.
Jim Jarmusch

Sure, something may inspire us but there is no justification for plagiarism. The following quotes ring more true to me.

I thought I was clever enough to write as well as these people and I didn’t realize that there is something called originality and your own voice.
Amy Tan

It is better to fail in originality than to succeed in imitation.
Herman Melville

Millions of men have lived to fight, build palaces and boundaries, shape destinies and societies; but the compelling force of all times has been the force of originality and creation profoundly affecting the roots of human spirit.
Ansel Adams

I’m always looking for new ideas for writing. Every once in a while I’ll hit on something that excites me. However, after doing a little looking, I’ll find it’s already been done. I’ve had two or three of those ideas recently, including one, that if I had written it, would have been outright plagiarism. Into the trash! The joy comes from being an artist, not a photocopier.

So, for every half-dozen ideas considered, perhaps one rises to the top. With Draegnstoen published and Highland King on the brink, I needed the next story.
I found it a couple of days ago. It was something I had written down as an idea many months ago, but now it spoke to me, demanding to be written. It’s Historical Fiction, a little controversial, and wonderfully enough, this story has never been told before. It’s original. And strangely, yes, yes…there will be Picts.

Take a chance. Come up with something no one has ever done before. Dream: It’s where your next “eyedea” will come from. 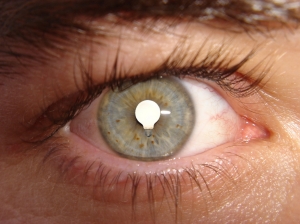